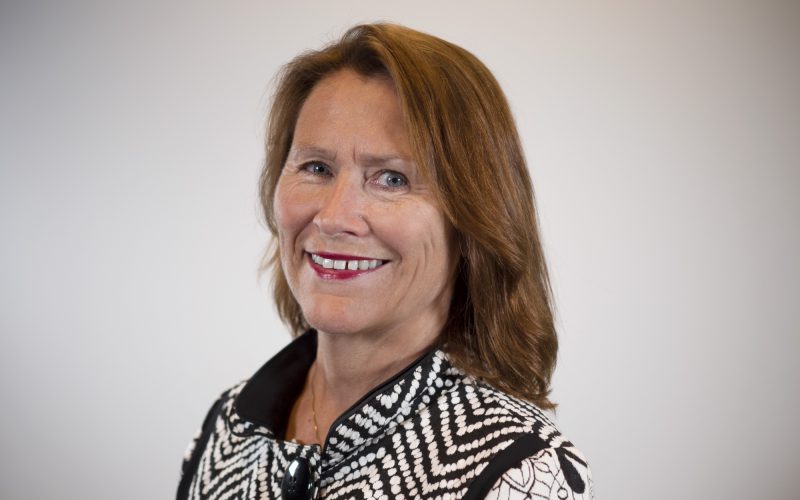 Ms. Faremo was appointed Under-Secretary-General and Executive Director of UNOPS in August 2014, succeeding Mr Jan Mattsson. Prior to joining UNOPS, she served as Minister of Justice and Public Security in Norway. Ms. Faremo began public service in 1979 and has held various senior-level positions for the government of Norway, including Minister of Defence, Minister of Oil and Energy and Minister of Development Cooperation for the Norwegian Government’s Ministry of Foreign Affairs. She also brings a wealth of experience from the private sector and has sat on various advisory boards and associations throughout her career. 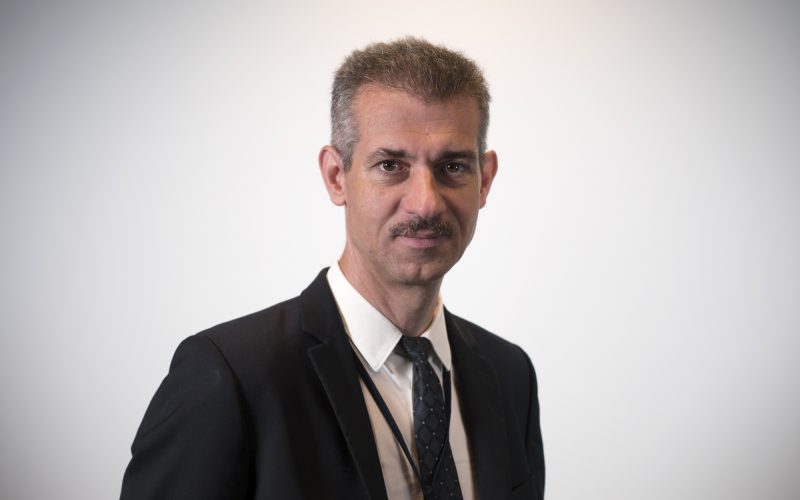 Mr. Vitaly Vanshelboim joined UNOPS as Deputy Executive Director and Chief Operating Officer in July 2006, and has since played a crucial role in steering the organization to solid financial and operational health.

Since 2016, he has led UNOPS Sustainable Infrastructure Impact Investments (S3i) initiative, developing a global platform with the private sector which has evolved into the largest affordable housing initiative in the world, in support of the Sustainable Development Goals. 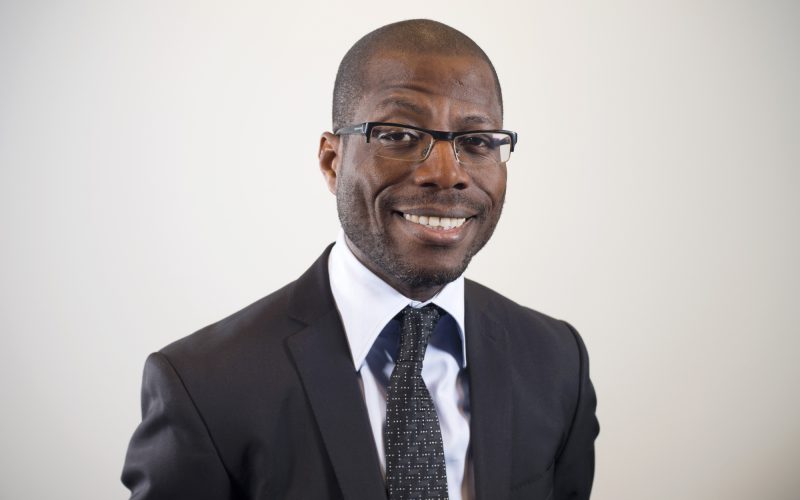 Mr. Dainhi joined UNOPS as Director for the Africa Region in 2016. Previously he was Chief Executive Officer (CEO) of Talem Africa (Supreme Group), based in Dubai. Before that Mr. Dainhi worked for Vivo Energy (Shell licensee in Africa) as Chief Operating Officer for Africa. He has also worked as Regional CEO and Managing Director for West Africa for Shell Oil Products, based in Ghana. Mr. Dainhi has been Board Director for several entities: the Business Council for Africa in the UK, Elton Oil International in Senegal, and Shell companies in Botswana, Kenya, Morocco and Namibia. He has also sat as Chairman of the Board for GEPACO in Tunisia, as well as Shell companies in Côte d'Ivoire, Mauritius, Senegal and Togo. 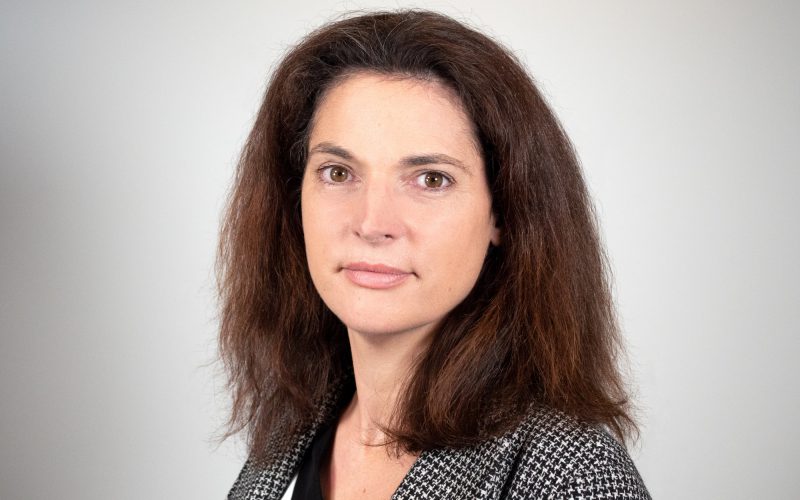 Ms. Marianne de la Touche joined UNOPS in 2018, bringing over 18 years of experience to the role. Before joining UNOPS, Ms. Marianne de la Touche held several leadership positions within LVMH from 2002 to 2017 in strategy and business development, audit and finance – the latest as Finance and Supply Chain Director for Moët Hennessy Iberia. Ms. Marianne de la Touche started her career with McKinsey & Company and most recently worked with Eurofins, an international life sciences company, as Senior Finance Director in charge of group controlling and shared service centres in emerging markets. She earned an advanced degree in finance at HEC Paris, France. 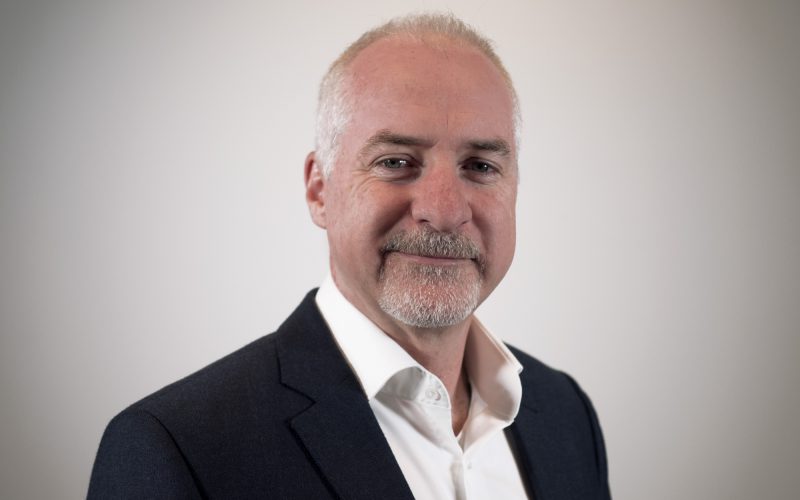 Mr. O'Regan has worked with the UN and other international organizations since 1994. He began his career with the UN by supporting the UN Verification Mission in Angola. He then moved to UN Mine Action as Chief of Administration. In 2004, he joined the UNOPS Mine Action Unit in New York as a Portfolio Manager, where he oversaw programmes in Afghanistan, Eritrea, Ethiopia, Lebanon and Sudan. He was appointed UNOPS Country Representative in Kenya in 2006, and later became the Director of UNOPS Office in Jerusalem in 2011. In 2015, he was appointed Head of the Project Management and Infrastructure Centre of Excellence, retaining his role as Director in Jerusalem. Mr. O'Regan was appointed director of UNOPS Infrastructure and Project Management Group in 2017. 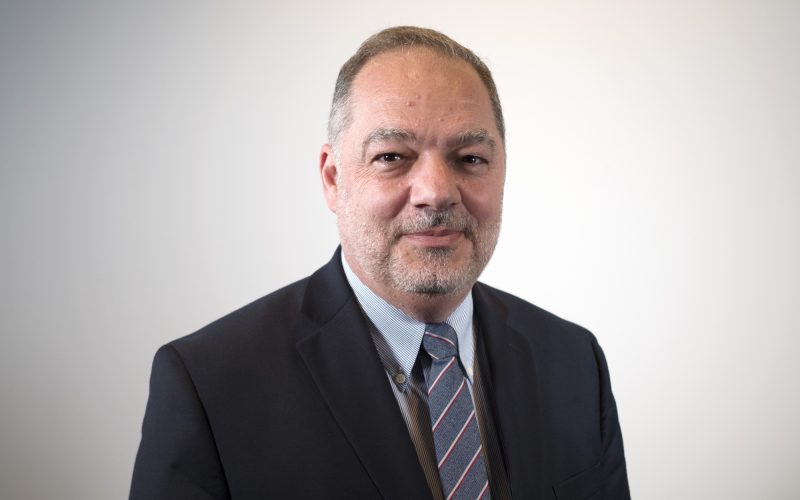 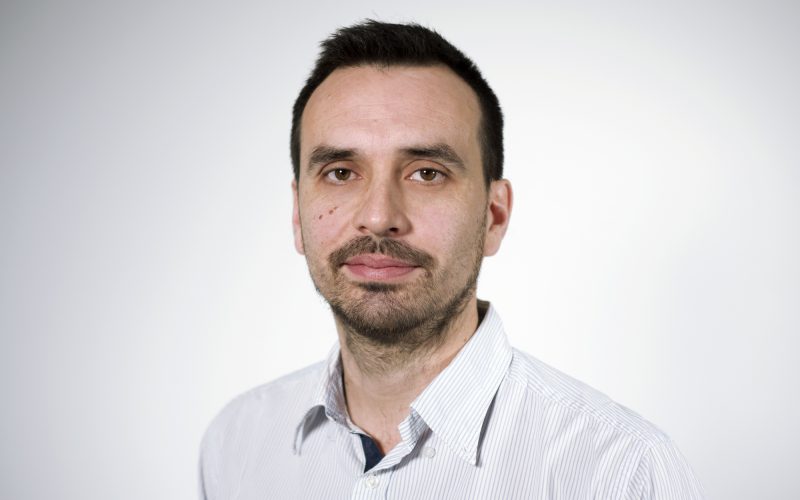 Mr. Browne joined UNOPS in 2014 from UN Environment in Nairobi, Kenya. He has more than 15 years of experience in media and communications, including nine years based in Africa. Before joining the UN, he was a journalist, reporting from three continents for publications such as the New York Times and The Guardian. He holds Masters Degrees in Environmental Science and Communications. 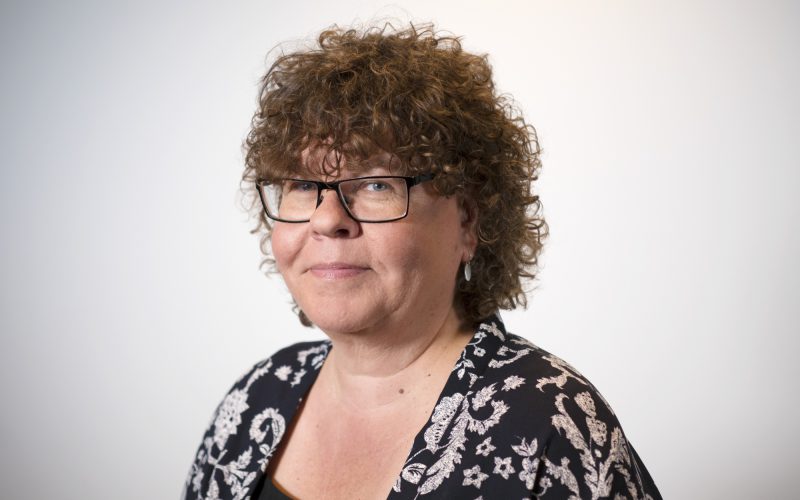 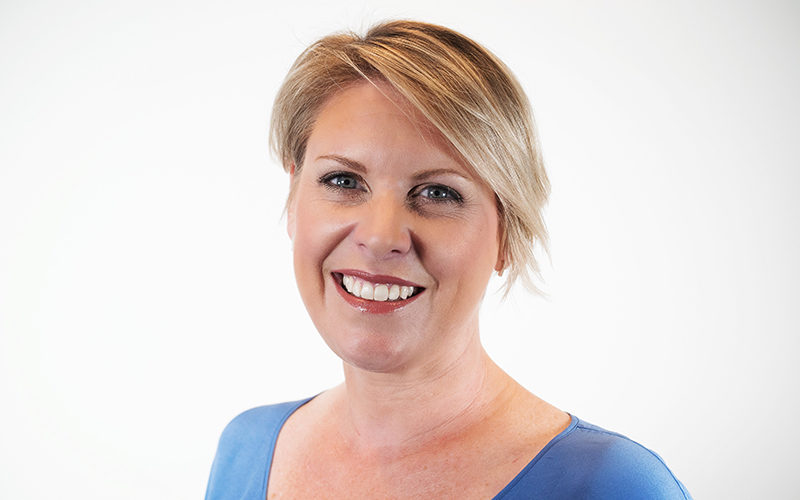 Kathryn Higgs
Ethics Officer and Director, Ethics and Compliance Office
Responsibilities include role as advisor to the Senior Leadership Team.

Ms. Kathryn Higgs joined UNOPS in 2019, and is a recognized global leader in business ethics and anti-corruption advocacy. Before joining UNOPS, Ms. Higgs served as a member of the executive management team at Transparency International UK and was Director of the Business Integrity Programme – partnering with leading ethical UK companies and working with the private sector to advance the standards of business ethics globally. Ms. Higgs began her career as a lawyer in Sydney, Australia. She later moved into the field of business ethics and compliance. Having completed a Master of Laws at the University of Cambridge, Ms. Higgs returned to the UK in 2014 to become Head of Ethics and Compliance at Balfour Beatty, and subsequently at Tesco. 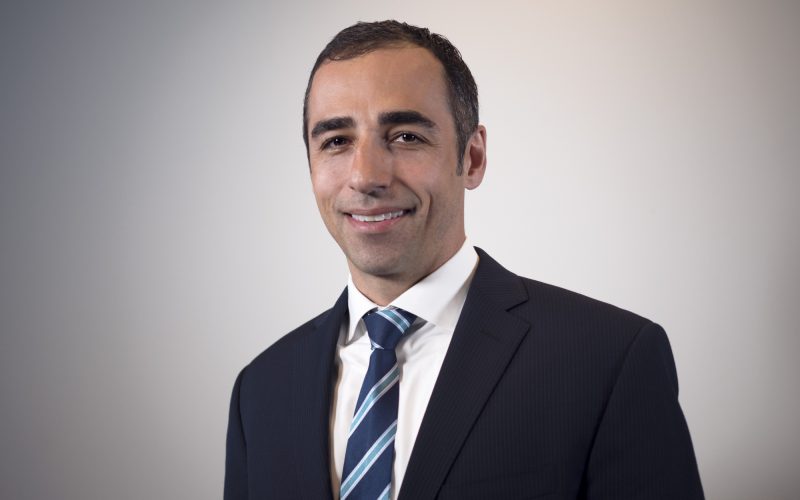 With more than 20 years of international assurance and investigations experience, Mr. Lucas began his career with Deloitte, providing audit, due diligence and forensic services. He joined the UN system in 2005 as an Audit Specialist. Since then, Mr. Lucas has led teams investigating corruption, fraud and related financial crimes, using technology to prevent and detect misconduct, as well as to counter cyber threats. He holds a Bachelor of Commerce degree from Macquarie University and a Masters degree from Tufts University. He is a Chartered Accountant. 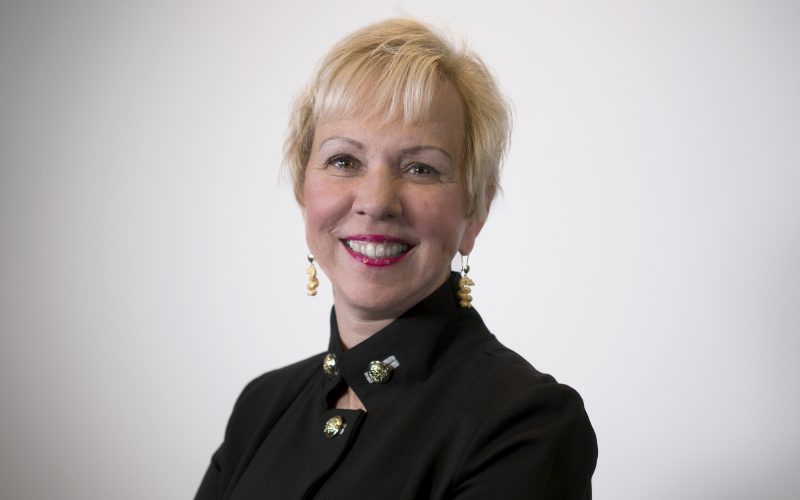 Ms. Moser joined UNOPS as Director of the Procurement Group in January 2015, bringing with her almost 20 years of experience in leading and advising on supply chain, procurement and business operations. Prior to joining UNOPS, Ms. Moser worked in a diverse range of industries, including: banking, telecommunications, technology, retail, public sector, not-for-profit, manufacturing, consumer packaged goods and healthcare. A Canadian national, she holds a B.Sc in Psychology and a B.Sc in Chemistry from McMaster University and she also earned an M.B.A. in Marketing from Concordia University. 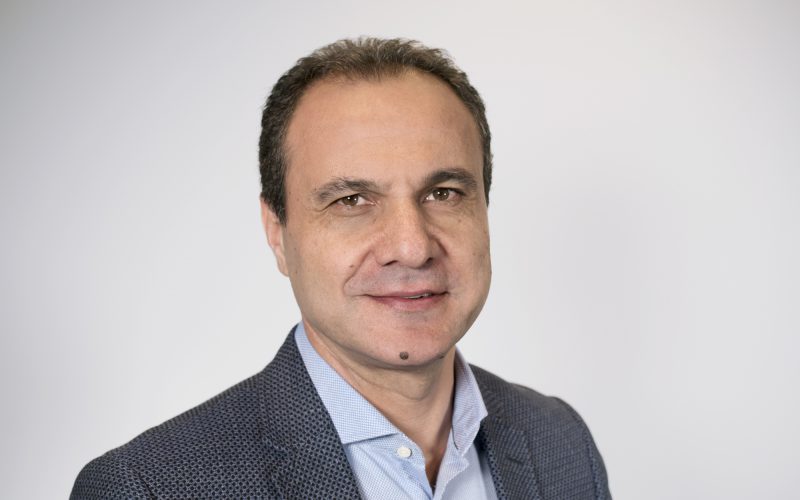 Mr. Gilyana started his career as Assistant Professor at the Salahaddin University in Erbil, Iraq. He later moved into the humanitarian and development sectors, starting with a job as Multi-Governorate Coordinator with the French NGO EquiLibre. His work with the World Food Programme as a Team Leader brought him into the United Nations system. He later moved to UNOPS – the beginning of a long career with the organization. Based in Copenhagen, Mr. Gilyana is the Director of the Shared Services Centre. While his current position focuses on operations, support services and overall management, he also has experience in project management. Mr. Gilyana previously managed projects in Afghanistan, Iraq, Jordan, Syria and Yemen. 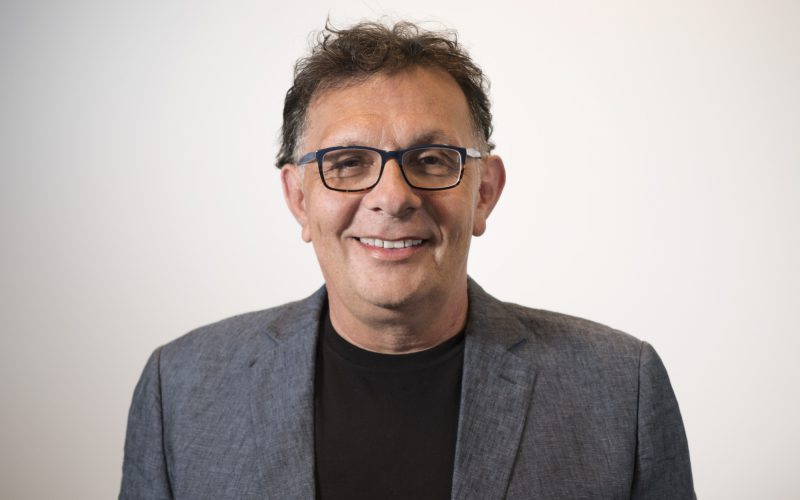 Mr. Feliciani has held a range of senior management positions in his career, developing innovative practices in sustainable development, human rights, evaluation and oversight. In the 1990s, he managed a range of UNOPS portfolios, including in areas of Central America affected by war. Mr. Feliciani worked for ten years as an evaluator of projects, programmes and public policies for several UN entities, private firms, NGOs and governments. He re-joined UNOPS in 2012 as Regional Advisor for Sustainable Development for Latin America and the Caribbean, and from 2014 as Regional Director. Mr. Feliciani holds a Doctorate in Agriculture Sciences. He has also served as a professor of ecology, rural development and cooperation for development. 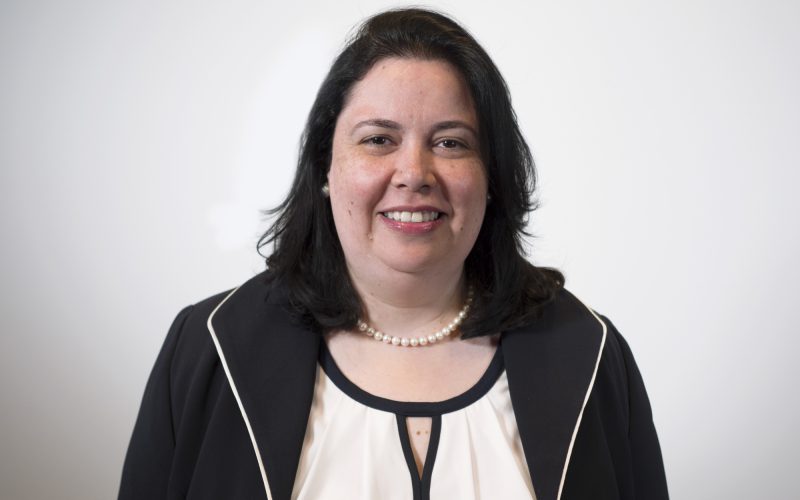 Ms. Kaloti has over 20 years of experience in the UN system, governmental and non-governmental sectors in humanitarian and development affairs. Prior to joining UNOPS in 2013 as the Sub-Regional Business Development Advisor in Amman, Ms. Kaloti worked for the Iraq Resident Coordinator, the UN Development Group Iraq Trust Fund-UNDP and the UN Children’s Fund in Palestine. Previously, Ms. Kaloti worked as a Senior Director at the General Directorate for Training and Administrative Development with the Palestinian Authority. She has also worked on technical assistance projects in Palestine, and served as a Board Member for a number of non-governmental organizations. Prior to her appointment as Director for the Middle East Region in 2015, Ms. Kaloti was the Director of the UNOPS Office in Amman. 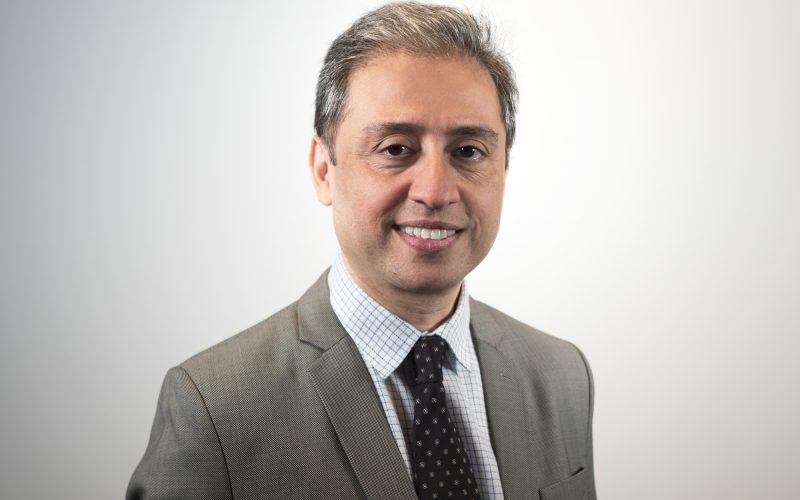 Mr. Karim has over 20 years of experience in the humanitarian and development fields in progressively senior levels within the United Nations. In 2015, he was appointed Director of Europe and Central Asia Region for UNOPS. Mr. Karim previously served at the UN Secretariat in New York, at the Executive Office of the Secretary-General and at the UN Development Programme headquarters, including various field offices in a wide range of capacities. These responsibilities included the management of humanitarian and development programmes, coordination within the wider UN system, overseeing financial operations and building partnerships with a wide range of stakeholders. 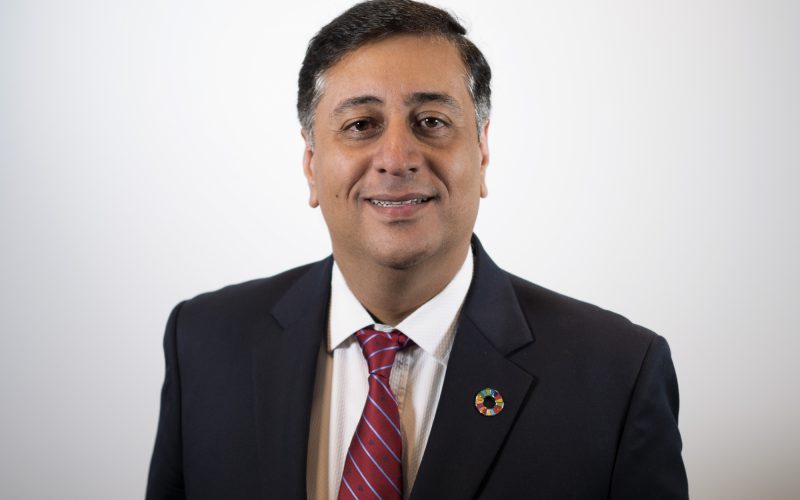 Mr. Mathur joined UNOPS in 1995, where he spent four years working in sub-Saharan Africa as a Project Management Officer. He moved to UNOPS Asia Pacific Regional Office in Kuala Lumpur and then onto Bangkok, where he worked as Senior Portfolio Manager and Regional International Fund for Agricultural Development Cluster Coordinator. He was appointed Deputy Regional Director for Asia Pacific in 2007, before becoming Director and Representative for UNOPS Myanmar the following year. In 2015, Mr. Mathur began his new role as Director of Asia Region for UNOPS. His career began in France, where he worked in asset management. He also worked for Kraft Foods in New York, before accepting a position at the UN Development Programme in 1992 as the Head of the Consulting Services Unit.