A chance at a fresh start

New livelihood opportunities are helping lift Guinea’s youth out of poverty and seek a brighter future.

40%
of people are underemployed
Did you know?

In Guinea, while just under 5 per cent of people are unemployed, 40 per cent are underemployed. This means they work in jobs that don’t provide regular full-time hours or don’t make use of their skills and experience.

In Guinea, many young people struggle to find regular employment. For some, this can mean a life of poverty, crime and irregular migration. The situation is particularly severe in the Guinea Forestière region, which has experienced severe economic decline and rapid population growth in recent years.

Located in the southernmost tip of the country, Guinea Forestière – which shares its borders with Côte d'Ivoire, Liberia and Sierra Leone – was host to hundreds of thousands of refugees fleeing conflict in all three neighbouring countries in the 1990s and early 2000s.

During this volatile time, the region became a crossroads for the flow of arms and the movement of young people incentivized primarily by promises of financial gain to fight in the various conflicts. Violence also spilled over into the region, resulting in the destruction of vital infrastructure – consequently impacting local businesses and people’s livelihoods.

The outbreak of Ebola in West Africa in 2013 – which originated in the Guinea Forestière region – significantly disrupted the small gains that had been made towards stability and economic development. The three-year epidemic caused significant loss of life and decimated Guinea’s economy – exacerbating existing tensions. 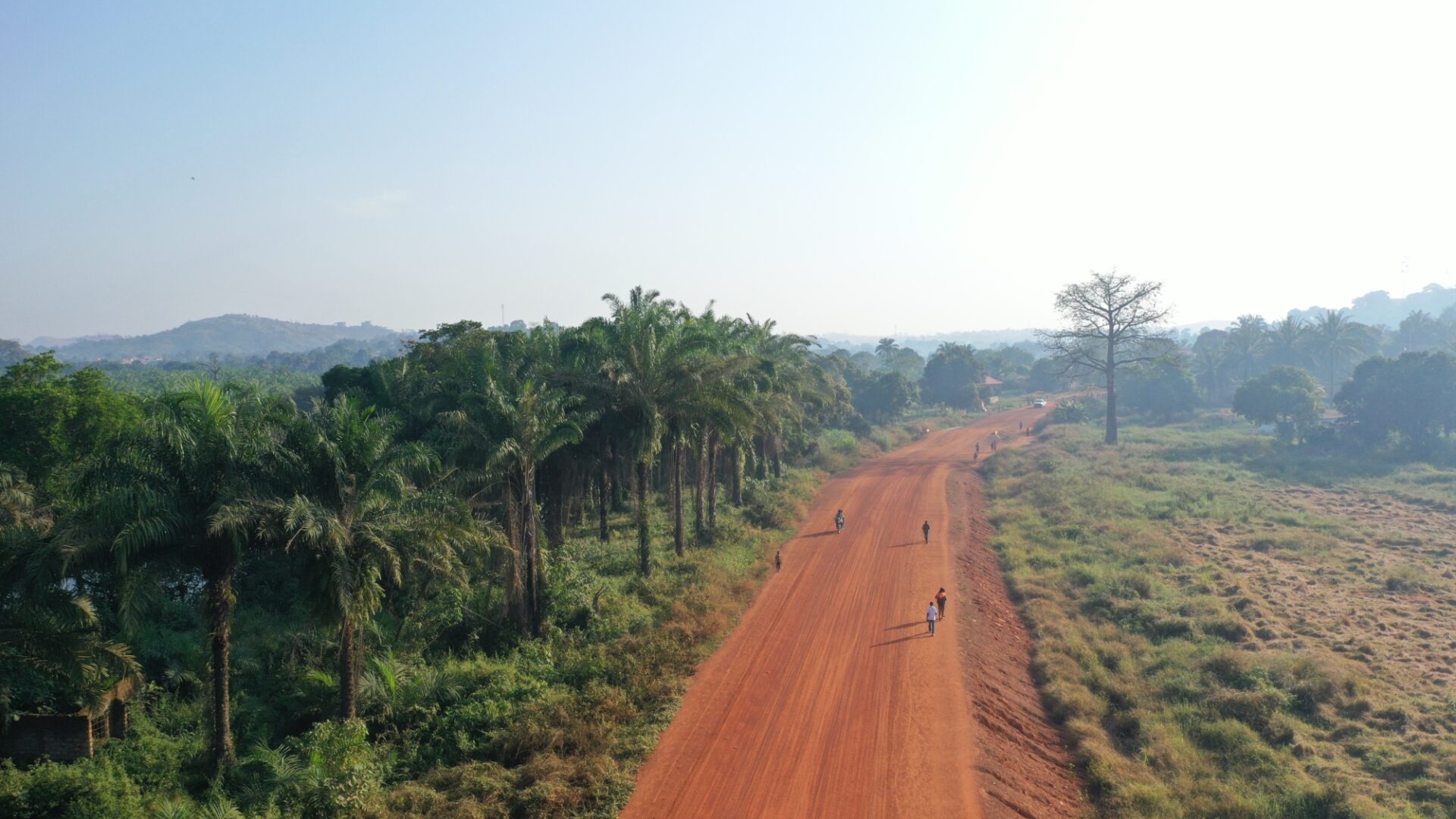 60%
of participants were women
Supporting women

A major focus of the project was to ensure the involvement of women. Despite progress being made, girls reaching adulthood in Guinea have lower education levels than men while a range of socio-economic factors continue to adversely impact women from reaching their full potential.

Kanoukpè Mammy, from Nzérékoré, struggled to find work after dropping out of school early. Faced with limited economic opportunities, she became involved in petty crime. “Whenever I would see something that didn’t belong to me, I would tell myself to take it if I liked it,” she explains.

To give Kanoukpè and others like her the chance to break the cycle of poverty and learn new skills, UNOPS, with funding from the European Union, helped provide vocational training and small business grants as well as psychosocial support.

Kanoukpè, who was selected from over 5,000 candidates according to a set of vulnerability criteria, chose to learn about vegetable farming. She is now responsible for a small group of farmers who grow peppers and sweet potatoes, which they sell to surrounding communities. Eager to share her knowledge with others, she has become a role model for her community.

We are happy now and we are united. When you have a job, you don't want to wander off and steal stuff. This is why I want to share my knowledge with many people.

The project, which is part of wider efforts to strengthen socio-economic stability in Guinea, has provided support to 1,300 people throughout the region. By promoting livelihood opportunities, the aim is to foster an environment of peace and security.

A special focus was placed on supporting former combatants, who made up 350 of the total participants, in addition to young people – groups that are considered some of the most at risk of falling into crime.

In Guéckédou, another area in Guinea Forestière, Tolno Moussa has regained his confidence after several years of unemployment. He has taken up poultry farming thanks to the project.

During two years of unemployment, I thought about leaving my country to find a job. Even though I had a degree in biochemistry, it was difficult to find a decent job in Guinea. But now I have a lot of confidence. [...] The training and experience I have gained through this project will allow me to start my own business later on and help communities in need.

For Bijou Balamou, who chose to train as an electrician, her sense of purpose has been renewed.

Before, I didn’t have a job. I studied until 10th grade and I didn't have anyone to support me because my parents are poor. At the beginning of the project, others laughed at me. Because I'm a woman, they said I wouldn't be able to become an electrician. But with the support of the group members, I feel confident and proud to be an electrician.

The ‘Support to the Reintegration of Youth at Risk and Other Vulnerable Social Groups’ project sought to foster socio-economic stability by providing income-generating opportunities to 1,300 people living in the Gueckedou, Lola and Nzérékoré areas of the Guinea Forestière region. Funded by the European Union and implemented by UNOPS, the project is part of a larger programme operating since 2012 to support the government of Guinea reform the security sector and strengthen rule of law across the country.