The emergence of parasite resistance to artemisinin drugs and their derivatives in five countries of the Greater Mekong Sub-region (GMS) is seriously threatening the control and elimination of malaria globally.

UNOPS is the principal recipient of a $100 million grant from the Global Fund to Fight Aids, Tuberculosis and Malaria, to manage the Regional Artemisinin-resistance Initiative (RAI) in five countries of the GMS.

With this unprecedented level of funding for a single regional grant, the initiative is addressing threats to advancements made in malaria control.

Malaria is a life-threatening disease transmitted through the bites of infected mosquitoes. According to WHO, this preventable and curable illness claimed over half a million lives in 2013.

To date, artemisinin and its derivatives, a powerful range of plant-based drugs, have offered the best defence against uncomplicated P. falciparum malaria. Artemisinin derivatives are administered in combination with partner drugs to reduce the number of parasites in the blood of patients within the first three days of treatment.

Artemisinin-based combination therapies (ACTs) have played a vital role in reducing the prevalence of malaria globally.

Unfortunately, pockets of parasite resistance to artemisinin have been detected in Cambodia, Laos, Myanmar, Thailand and Vietnam. This resistance is caused by the improper use of ACT therapies and the widespread availability of oral artemisinin-based monotherapies and sub-standard forms of the drug. Growing resistance to ACTs threatens to reverse the progress made in malaria control globally.

The three-year RAI began in 2014 and is fighting the spread of artemisinin resistance and accelerating the elimination of P. falciparum malaria in the GMS. The coordinated, multipronged approach to this emergency includes diagnosis and treatment, prevention and education. 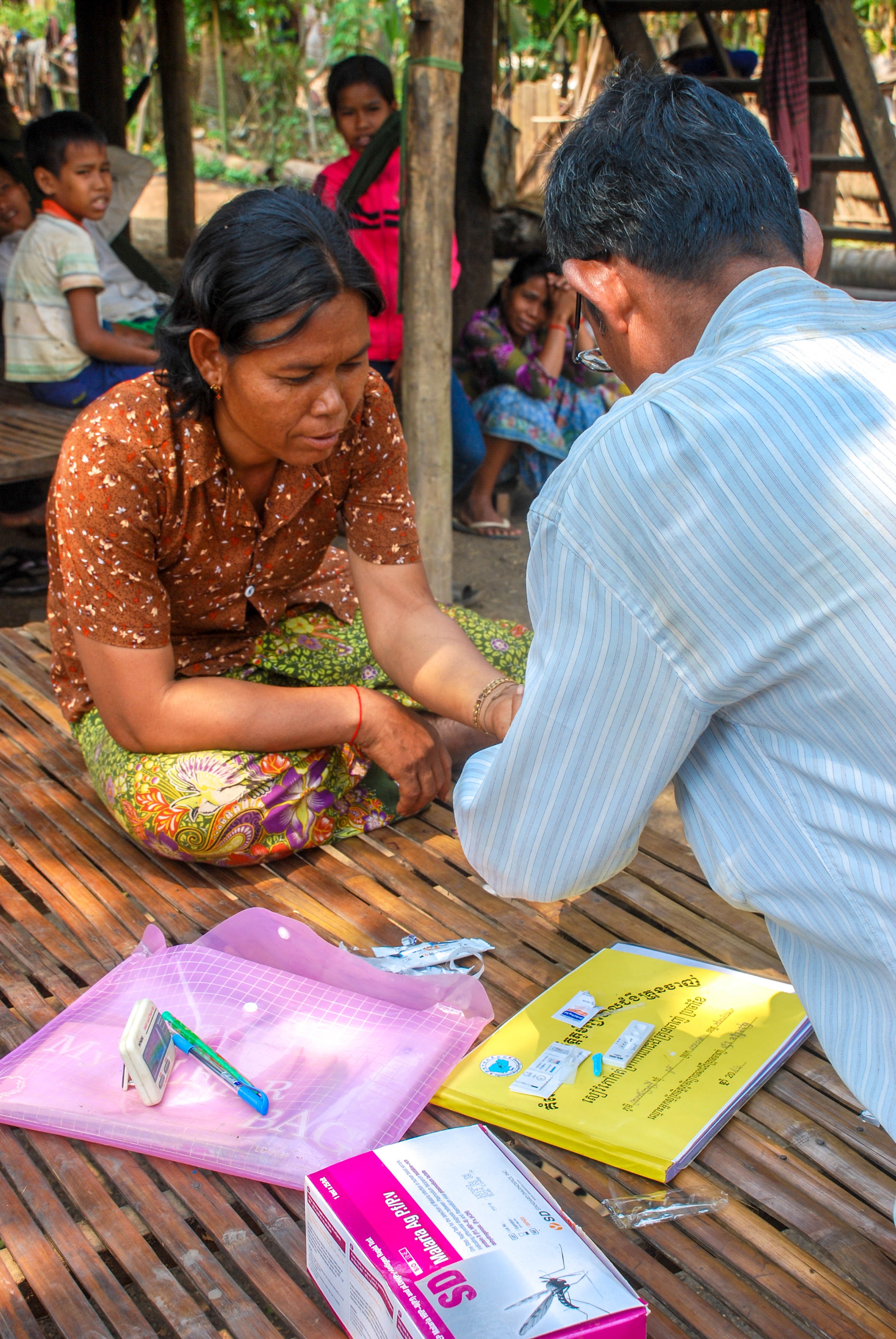 The Rai in Cambodia

The RAI is active in 18 out of 21 malaria-endemic provinces in Cambodia. As the principle recipient of eight sub-recipients, UNOPS coordinates, monitors and evaluates the malaria-control work of a range of government agencies and NGOs.  Programme activities fall into three major intervention areas:

The RAI takes different approaches to managing malaria such as: the detection of the disease through rapid diagnostic tests or microscopy; behavioural-change education and the training of medical professionals on microscopes and other equipment; and strengthening law enforcement and inspection standards at borders to stop the spread of counterfeit or sub-standard drugs, particularly through the use of mobile drug-testing equipment.

The distribution of free, long-lasting insecticidal bed and hammock nets in areas where people have limited access to these resources vastly reduces exposure to mosquito bites. The distribution of nets is often accompanied by basic training on how and when to use them, as well as their importance.

The activities of the Initiative are closely monitored and evaluated. Capacity assessments, spot-checks and on-site verifications measure the impact of interventions and generate information that determines the overall effectiveness of the RAI in stopping the spread of artemisinin-resistance.

Visit the RAI website to more about this important work that could change the course of malaria all over the world.