My hands my mind my people

A day in the life of Mary Lau Makur, a local nurse in South Sudan.

In South Sudan, Africa’s newest country, poor healthcare and a lack of medical infrastructure affect the country’s most vulnerable—women and children. Yirol County Hospital, 300-kilometres northwest of the capital Juba, is providing better healthcare to approximately 250,000 people, including many semi-nomadic Dinka tribes, who come as far away as Mingkaman and Rumbek to seek treatment.

While the small town of Yirol has been spared much of the violence that troubled the country until just recently, many of those seeking maternal and paediatric care at the hospital have witnessed their fair share of conflict.

This is a story of a normal day at work for Mary Lau.

It means a lot to contribute and offer my hand and my mind to my people, to help them improve their health and their hygiene.

A path to better care

A path to better care

Yirol lies in South Sudan’s Eastern Lakes State, roughly 100-kilometres east of the larger town of Rumbek and west of Mingkaman, the country’s largest spontaneous settlement of internally displaced persons, on the banks of the White Nile. Many people in this area fled fighting in nearby Jonglei State.

My hands, my mind, my people

Some patients travel hundreds of kilometres from these places to visit the hospital’s maternity and paediatric wards, which were rehabilitated in 2013 and 2014. 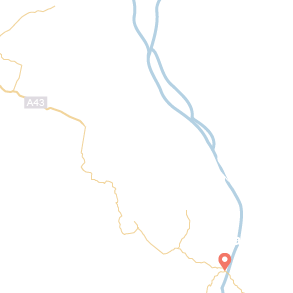 They stay, sometimes for days, within the hospital grounds under paved pathways. These shaded paths provide shelter from the burning sunlight and a measure of privacy.

Some of the changes I have seen in the community now [since Yirol County Hospital opened] is that local people have learned about the importance of the hospital and the treatments. Now, the incidence of chr​​onic illness has reduce​d, especiall​y in this area.

The improvements to the hospital’s medical, paediatric and maternity wards are a small but important step towards healthier lives for those living in and around Yirol.

Before the upgrading of the paediatric ward by UNOPS, children were seen in other wards. The new facilities provide a safe space for children and their families.

This boy was brought to the hospital by his family, who travelled on foot. Suffering from acute malaria, he was severely sick and despondent when he first arrived. His mother stayed by his side constantly, staying overnights on the hospital’s ground with extended family.

When Mary Lau arrived, he was still weak and sleepy, but able to receive fluids on his own. She provided him with a sugary drink between her rounds, a small gesture of kindness for him and his mother.

Some of the kids that are malnourished, if they get an illness [it can] become very, very severe.

"The most common illness we’re used to treating is malaria, some anaemia associated with malaria of course, and pneumonia. Two weeks ago we got some cases of measles. The main cases are malaria and pneumonia, and many children arrive with acute watery diarrhoea."

Caring for the future

Caring for the future

The hospital is staffed by international and local medical professionals and administrators.

The hospital has on-site training facilities for soon-to-be nurses, as well as accommodation for these students. Mary Lau began her studies in Rumbek some years ago, but has continued her training in Yirol.

I first got training from Yirol Hospital when I came here for my studies. At the time I didn’t know how to conduct a delivery, I was an assistant nurse. But [as soon as we arrived] we were given training on 15 births right away by a certified nurse.

When we visited, there were seven students enrolled in certified-nurse training, all of whom come from Yirol and are currently living in the accommodations on site—one of the new additions from the hospital’s rehabilitation.

After an eight-hour shift, Mary Lau begins her walk home, a 15-minute journey on foot. She lives with her two children in a traditional “tukul” house, made of mud brick and a thatched roof. On the way home, she buys food from the local shops.

While the town has been largely spared the political violence and daily arrival of internally displaced people, the hospital receives two to five patients every week suffering from gunshot wounds.

With the majority of tribes in this region being cattle owners and with nearby instability, cattle raiding and the violence associated with it have increased.

My children, I want them to study even more than me. I would like them to finish his or her university before reaching my age. I want them to be very happy in the future.

Mary Lau with her two children at home.

Her husband lives and works in Uganda to make ends meet. While Mary Lau would like the family to be together, she’s happy to stay in Yirol and work for her community, in which she has become somewhat of a local celebrity. She is often called “Doctor” by townspeople on her walk home.

With funding from the Italian Development Cooperation, UNOPS rehabilitated the hospital's medical, maternity and paediatric wards, as well as the pharmacy and the County Health Department's office on site.

UNOPS constructed the student accommodation and pathways throughout the hospital's grounds.

Italian NGO, Doctors with Africa CUAMM, in cooperation with South Sudan's Ministry of Health, procures medicine and supplies for the hospital, with support from donor governments and aid organizations. CUAMM also staffed the hospital.

The lasting power of infrastructure